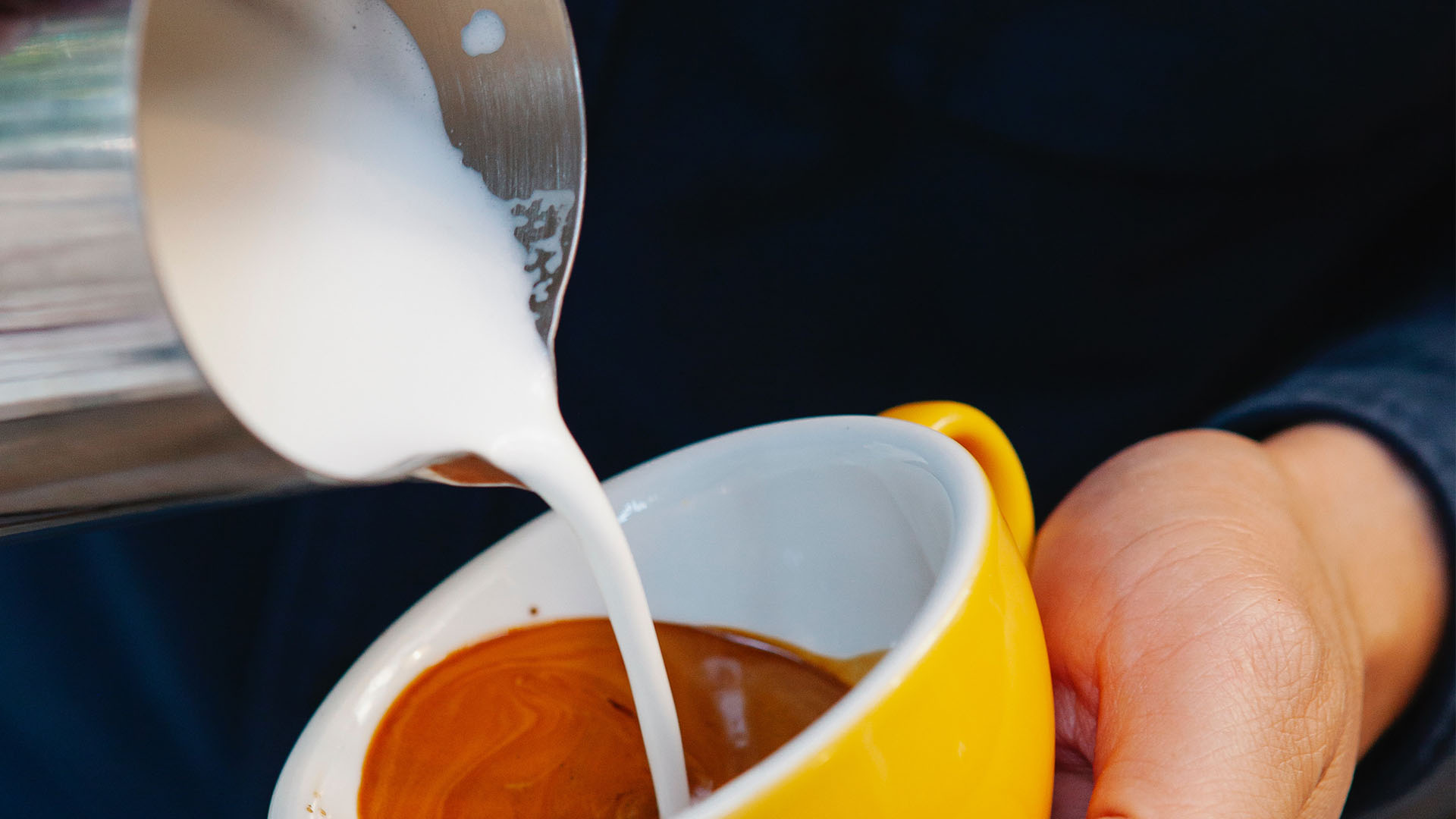 The average person in the UK drinks about 70 litres of milk a year which is just over 1 litre a week. This is actually down a lot from the 1970’s where the average person would drink twice that! That’s some crazy stuff.

Now I personally tend to avoid any milk products at all but when I do have to, I prefer to use plant based milk alternatives like Oat Milk or Coconut Milk.

So when I was asked to write another post I thought it would be a great opportunity to talk a little about the different options to use instead of regular milk. What? You just gonna put cow’s milk in your coffee every day from now until forever? That’s just boring.

Here we roast our coffee using a convection air roaster which produces a smoother and milder tasting coffee. The convection roasting process gives our coffee a lower acidity than that produced by conventional drum roasted coffee. This means coffee roasted by us is unusually suited to be made with plant based alternative milk.

Anyone who regularly drinks coffee with plant based alternative milk will know of the unpleasant texture the coffee will sometimes have. This is a result of high acidity congealing the plant-based milk. With our coffee you will never have that problem.

Arguably the most well-known, most popular and easiest to find of the alternatives. Nutritionally it’s very similar to regular milk. It’s also really easy to make at home requiring only soy beans and water and you can find plenty of recipes online.

Soy Milk comes in loads of flavours and you can usually find a lot of options in the freeform aisle of your supermarket.

If I’m being honest, I wouldn’t have it in my coffee. But that’s just me, I’m super fussy. I would use it instead of milk when I’m cooking though.

I love coconut milk. It’s nice and sweet just like me and for years it was my go to milk if I got tired of having my coffee’s americano style. It can be made at home as well but from looking into it seems more of a hassle than making your own soy milk.

You can often find two different types of coconut milk in the supermarket. In a carton for drinking and in a tin for cooking. From experience I can tell you that you don’t wanna mix these up. Nobody wants to drink a lumpy white russian.

I don’t use it in my coffee anymore but if I fancy a hot chocolate then coconut milk is still my #1 pick.

Like coconut milk almond milk is quite sweet, unlike coconut milk I’m not a huge fan. I dunno, it just didn’t click with me when I tried it. That’s not to say it’s bad or anything. I don’t believe myself to be an authority on which milks are good and which are not and you shouldn’t either. If you’re looking for a milk alternative that’s sweet but perhaps Coconut Milk is a bit high in saturated fat for your liking then maybe almond milk will be for you.

I figured I’d shake up the list a little and talk about a milk I have absolutely no experience with. Does that seem wise? Probably not.

Hemp milk is not something I’ve ever seen before but I have found it quite readily available online as well as loads of info about how it’s nutritionally superior to all other milks so if that is something that’s important to you it might be worth having a look at. I don’t understand any of that which is why I have really tried to avoid talking about it so far.
I have also read that it has quite a “unique” taste which to me means it probably tastes kinda funky. But I’m excited to give it a try and I’ve already ordered some online.

Oat Milk is my choice for coffee. If I’m mixing things up a little I’ll go with oat milk. I just think it doesn’t affect the flavour of the coffee anywhere as much as the other options on this list and for somebody who usually just has the coffee without milk that is quite important.

In 2018 Oxford University completed a study that concluded that producing a glass of cow milk had three times the environmental impact of producing any glass of non dairy milk.

Land and water use and greenhouse gas emissions of producing each of the alternatives is going to vary and to get into it I’d probably be here all day and you’d be bored to tears but any of the options would be a significant reduction on your carbon footprint compared to drinking cows milk every time you have a cup of coffee.